In the picture: Rytis Sabaliauskas, illustrator 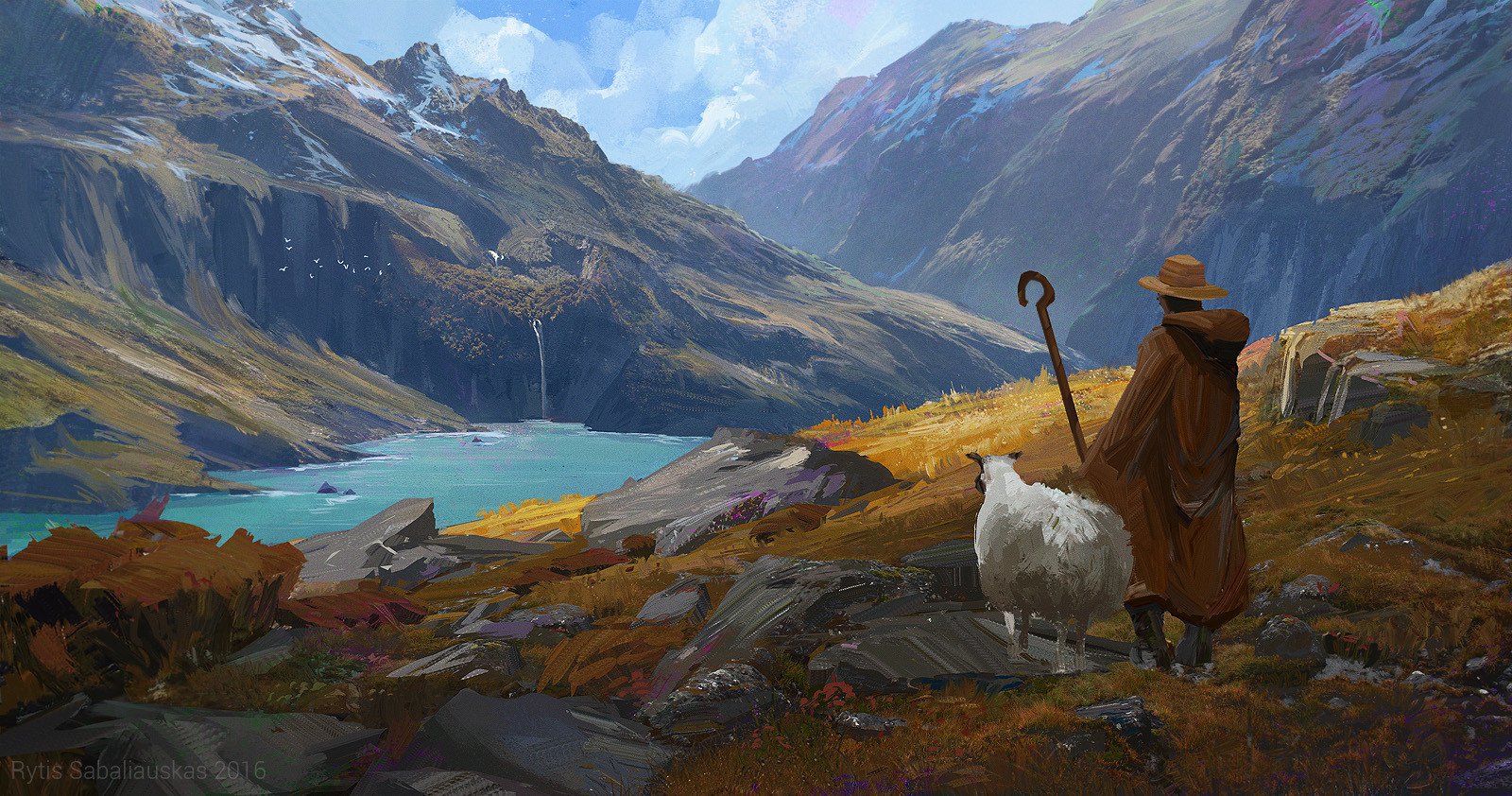 Rytis Sabaliauskas is a completely bonkers illustrator from Lithuania who joined our studio the past couple of months to follow an Erasmus for Young Entrepreneurs. He is about to pack his bags, filled with chocolate of course, to head back home. So, it felt like the right time to have an interview.

What did a day at the studio look like?

My day started by saying a friendly “yoyo” to everyone. Then I would quickly catch up with emails and the projects. I also checked in with the rest of the crew. What had they been up to? Sometimes I would play with an app they made or review some VFX-work. Or gave them my humble opinion without beating around the bush.

I usually spent a big part of the day creating artworks, either personal projects or for projects at the studio. Whilst this is still my main focus, I also sat together with production and management once or twice a week. This way I was able to learn more about the organisation of a company, accounting, the used software,…

Why did you become an illustrator?

I’ve been surrounded by nature since childhood, but ended up spending a lot of my time on playing video games. It made me fall in love with all those virtual worlds crafted by talented digital artists. Eventually, I made it my goal to become such an artist myself.

The road to get here wasn’t easy, it was and still is a bumpy ride. But it hasn’t stopped me from reaching my dreams. Because, in only a couple of years freelancing, I have worked on various projects, ranging from small book illustrations to new IP’s.

I feel like my career has just started. And with my head held up high, I look forward to what the future will bring.

Why did you pick Belgium as a place to learn more about entrepreneurship?

There is no real reason. You were the only company that accepted me. (laughs)
No, to be honest, I had a good feeling after our first interview. During that first skype session you showed me around the studio by filming it with your iPad. It made me feel welcome. And the city itself also looked interesting.

Glad to hear. Did it live up to your expectations?

The first 24 hours were hell. I rented a flat, but it turned out to be a scam. So, I had to search for a new place to stay. Eventually, I ended up staying with Patricia Lopes. She is a local cinematographer who often collaborates with VC Studios. She reintroduced Ghent to me and I got to know it as a vibrant city that I ended up liking a lot.

Anyways, once settled in, I started with listing my experiences to plan my future. Will I try to grow as an artist or entrepreneur? What is the balance between those two aspects? These questions are still on my mind, but being here already helped a lot. I became more self-sufficient and found a direction to go in.

Where do you want to go?

My ambition is to lead a visual development studio for the entertainment industry. Being at VC Studios, I’ve not only learned a lot about the European film industry, but also about the different stages of film production. I also discovered new ways to tell stories with digital technologies, as done at Holofarm.

Working closely together for the last couple of months, we’ve established a good partnership. I hope to be working with them on some exciting upcoming projects when I’m back in Lithuania.